Most people who dream don't really dream. They may have needs, wants, and desires, but they don't follow the dream procedures that work. Here they are:

Answer three basic questions about yourself A wise old professor of mine at the University of Nebraska built an entire course in philosophy around having his students answer three critically important questions:

(a) Who am I? That is, what interests do I have? What special talents? What gives me the most joy? Answering the "who am I" question tells you what special assets and capabilities you have. I had a group of success-searching people answer this question recently, and the results were amazingly diverse. Some folks discovered they were loners and preferred to be around few other people. Others learned they were highly extroverted and needed to be with other people as much as possible. Some people learned that they preferred working with their hands. Others preferred working with their heads. Each of us is unique.

(b) Where do I want to go? An overwhelming majority of people you know have at best only a vague idea of why they are alive or where they are headed. If you want to have your eyes opened and learn the truth of this statement, do a little experiment. It's also a lot of fun. Here's the experiment: Find a clipboard. This makes you look more official. Position yourself on a busy street and interview five people at random. Begin by asking, "Sir (or Madam), may I ask you a few questions?" They'll reply with something like, "Okay," or "Do you want to know who I'm going to vote for in the next election?" Ask them this one question: "Why did you get up this morning?" Most of your respondents will look at you as if they think you're all the way out of it. So repeat the question, "Why did you get up this morning?" Chances are the person will reply with, "Well, I had to go to work." Then ask, "Why did you have to go to work?" The respondent will likely reply with something like, "Well, I gotta eat."

(c) How do I get where I want to go? Now I don't think you're like the people described in the street interview or you wouldn't be reading this book. Assuming you have a fix on where you want to go, the next question is, "How do I get there?" Each of us is unique and each of us has different goals. But there are three guidelines that, if followed, will propel us into the orbit we want. First, get the best possible training and experience to qualify you for what you want to do. If you want to become a great salesperson, for example, get a job where you'll receive top-notch instruction and guided experience. Or if you want to become a computer expert, real estate appraiser, or psychologist, affiliate with an organization where you will learn the ins and outs of your profession. Affiliate with a second class organization and you'll learn second-class methods and procedures. (Later in the book, specific techniques are suggested for selecting a mentor — and everyone needs one.) Second, be willing to sacrifice and then sacrifice some more. One thing all achievers have in common is the willingness to sacrifice in order to achieve goals. A friend of mine is a real-estate broker. One afternoon, he and I talked about how he got to the top of his profession. "It wasn't easy," he explained, "but I did have sense enough early in my career to do what you suggested. I got a job with a very reputable real estate firm, straight commission, of course. But the going was really tough. The first year I made in commissions just about a third what I would have earned in a corporate administrative job. But somehow, I was determined to hang on. I like real estate." "Well, you certainly have it made now," I said. "What happened?" "Oh, a lot more bitter times lay ahead," he replied. "I began to learn from my mistakes and I got some excellent coaching. And the commissions began to build fast. Then, almost suddenly, the real-estate market crashed. Because of high interest rates, lack of cash, and a fear psychology, my income dropped seventy-five percent. And it stayed down for three years. But during that time, while other agents dropped out of the business like flies, I kept working my clientele. I let them know I was trying my best to sell their properties. "Finally, the recession ended and a real-estate boom developed and my sales sky-rocketed. You see, by making a lot of sacrifices during the real estate recession, I had earned very little money, but I created an enormous amount of what I call 'confidence capital.' The real-estate developers I had worked with when times were bad believed in me, and now I'm reaping the rewards. Last year I earned over two hundred thousand dollars in commissions." Getting good advice and making sacrifices pay off. 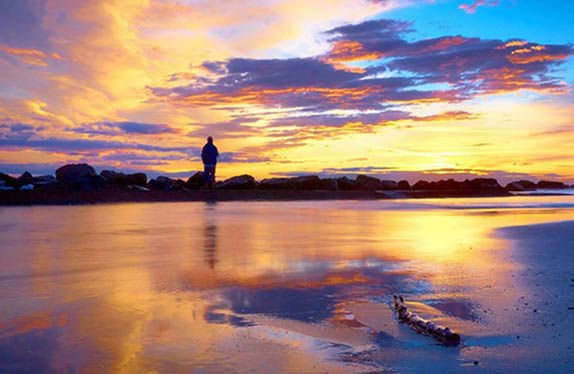