Every human being who reaches the age of understanding of the purpose of money, wishes for it. Wishing will not bring riches. But desiring riches with a state of mind that becomes an obsession, then planning definite ways and means to acquire riches, and backing those plans with persistence which does not recognize failure, will bring riches. The method by which DESIRE for riches can be transmuted into its financial equivalent, consists of six definite, practical steps, viz:

First : Fix in your mind the exact amount of money you desire. It is not sufficient merely to say "I want plenty of money." Be definite as to the amount. (There is a psychological reason for definiteness which will be described in a subsequent chapter).

Second : Determine exactly what you intend to give in return for the money you desire. (There is no such reality as "something for nothing.)

Third : Establish a definite date when you intend to possess the money you desire.

Fourth : Create a definite plan for carrying out your desire, and begin at once, whether you are ready or not, to put this plan into action.

Fifth : Write out a clear, concise statement of the amount of money you intend to acquire, name the time limit for its acquisition, state what you intend to give in return for the money, and describe clearly the plan through which you intend to accumulate it.

Sixth : Read your written statement aloud, twice daily, once just before retiring at night, and once after arising in the morning. AS YOU READ—SEE AND FEEL AND BELIEVE YOURSELF ALREADY IN POSSESSION OF THE MONEY. It is important that you follow the instructions described in these six steps. It is especially important that you observe, and follow the instructions in the sixth paragraph. You may complain that it is impossible for you to "see yourself in possession of money" before you actually have it. Here is where a BURNING DESIRE will come to your aid. If you truly DESIRE money so keenly that your desire is an obsession, you will have no difficulty in convincing yourself that you will acquire it. The object is to want money, and to become so determined to have it that you CONVINCE yourself you will have it. Only those who become "money conscious" ever accumulate great riches. "Money consciousness" means that the mind has become so thoroughly saturated with the DESIRE for money, that one can see one's self already in possession of it.

To the uninitiated, who has not been schooled in the working principles of the human mind, these instructions may appear impractical. It may be helpful, to all who fail to recognize the soundness of the six steps, to know that the information they convey, was received from Andrew Carnegie, who began as an ordinary laborer in the steel mills, but managed, despite his humble beginning, to make these principles yield him a fortune of considerably more than one hundred million dollars. It may be of further help to know that the six steps here recommended were carefully scrutinized by the late Thomas A. Edison, who placed his stamp of approval upon them as being, not only the steps essential for the accumulation of money, but necessary for the attainment of any definite goal. The steps call for no "hard labor." They call for no sacrifice. They do not require one to become ridiculous, or credulous. To apply them calls for no great amount of education. But the successful application of these six steps does call for sufficient imagination to enable one to see, and to understand, that accumulation of money cannot be left to chance, good fortune, and luck. One must realize that all who have accumulated great fortunes, first did a certain amount of dreaming, hoping, wishing, DESIRING, and PLANNING before they acquired money. You may as well know, right here, that you can never have riches in great quantities, UNLESS you can work yourself into a white heat of DESIRE for money, and actually BELIEVE you will possess it. You may as well know, also that every great leader, from the dawn of civilization down to the present, was a dreamer. Christianity is the greatest potential power in the world today, because its founder was an intense dreamer who had the vision and the imagination to see realities in their mental and spiritual form before they had been transmuted into physical form. If you do not see great riches in your imagination, you will never see them in your bank balance. Never, in the history of America has there been so great an opportunity for practical dreamers as now exists. The six year economic collapse has reduced all men, substantially, to the same level. A new race is about to be run. The stakes represent huge fortunes which will be accumulated within the next ten years. The rules of the race have changed, because we now live in a CHANGED WORLD that definitely favors the masses, those who had but little or no opportunity to win under the conditions existing during the depression, when fear paralyzed growth and development. We who are in this race for riches, should be encouraged to know that this changed world in which we live is demanding new ideas, new ways of doing things, new leaders, new inventions, new methods of teaching, new methods of marketing, new books, new literature, new features for the radio, new ideas for moving pictures. Back of all this demand for new and better things, there is one quality which one must possess to win, and that is DEFINITENESS OF PURPOSE, the knowledge of what one wants, and a burning DESIRE to possess it. 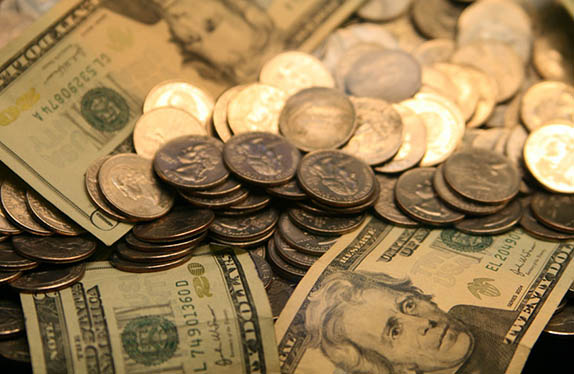