Is your future ahead of you or behind you? Your correct answer may depend on whether you try to eliminate any existing unseen walls—negative habits and undesirable thoughts and actions—and strengthen and build positive habits—good thoughts and deeds. For character is the keystone to true success. The essence of perfection is never reached, but you gain character by trying to reach it. Good luck or bad luck as the days pass into weeks—success or failure as the weeks pass into months and years—which will it be for you? The choice is yours. You hold the tiller. You can steer the course you choose in the direction of where you want to be—today, tomorrow, or in a distant time yet to come. But where are you? Now is the time to find out. And now is the time to check your habits of thought and action, for these have brought you to where you are now. The thoughts you think and the things you do now will determine your future destination. Are you on the right course to get from where you are now to where you really want to be? Regardless of what you are or what you have been, you can still become what you may want to be. For as you continue your voyage through life, you, like the captain of a ship, can select your first port of call and then continue until you arrive at the next. You'll experience calm and stormy seas as you go from one port to another, but it is you who must steer that course. Many a ship that lost its rudder and many a person who lost character have become derelicts, lost to the world. This can happen at almost any point in a voyage at sea or in life. For character is the one common denominator of all personal qualities that will insure a truly successful future.

HE LEFT HIS FUTURE BEHIND HIM

My mother loved the theatre, music, and the opera, and when I was a boy, she often took me to see one of the great actors of that day. He was a hero to me then. When I was a man, I saw him again years later—no longer a worshipped hero. He still drew large audiences and they still applauded—but no longer for his art and talent. They applauded when he appeared on the stage at the beginning of the play, even when he was late, just because he showed up. They applauded each slip of the tongue, forgotten line, or clever ad-lib. He was no clown—but they laughed. He was no comedian—just a great man who had left his future behind him. For he had become an alcoholic derelict. I didn't know it then, but this brilliant actor's future was behind him when I saw him as a boy. Even then, he knew the direction in which he was headed. But he refused to grab the tiller, turn around and get back on the right course—to eliminate undesirable habits and adopt good ones.

HOW TO WIN OVER YOURSELF

What a tragedy it is to have all the necessary ingredients to success but one—the most important: character. The development of good character is a battle that you, I, and everyone must fight for himself. But victory can be ours. Although the battle is from within, we can get help from without from good persons and self-help books that motivate the reader to try to become a better person and seek the true riches of life. But remember: The true value of a self-help book is not what the writer puts into the book, but what you, the reader, take out of the book and put into your life. And most important you can pray for help and guidance. Let me remind you:

You are the product of your heredity, environment, physical body, conscious and subconscious mind, experience, and particular position and direction in time and space . . . and THE SEARCH BEGINS

something more, including powers known and unknown. You have the power to affect, use, control, or harmonize with all of them. And you can direct your thoughts, control your emotions, and ordain your destiny.

That's what is says in Success Through A Positive Mental Attitude. And that's what I believe. You'll prove it for yourself when you understand and employ the success system that never fails. You'll be inspired, and you'll have the necessary knowledge and knowhow. You will think good thoughts . . . and you will do good deeds. You will keep your thoughts off the things you should not want by keeping your thoughts on the things you should want. And thus you will begin to win over yourself by affecting your subconscious mind through self-suggestion. A thought is the most potent form of suggestion—often more powerful than any received through the sense of sight, hearing, smell, taste, and touch. Your subconscious mind has known and unknown powers, and you must control them to win over yourself. As you continue to read on through The Success System That Never Fails, you will gain the necessary knowledge and obtain the knowhow to use the power of suggestion effectively. 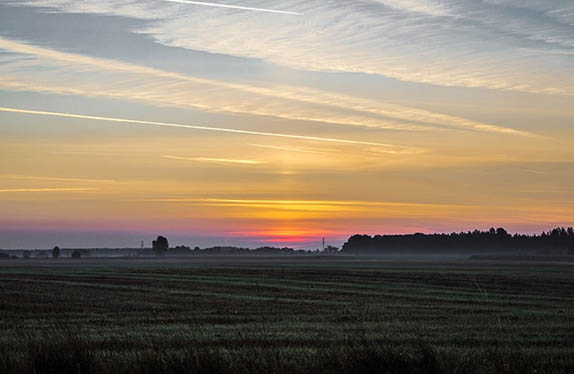