To get the real story of success, I needed to interview many successful people – but how? I had no connections or access to big names. Then I arrived in Monterey, and as I walked into the TED conference, I realized the answer was staring me in the face. I was standing in a room full of extraordinarily successful people. I had been coming to TED for years. It was my annual brain-expander to hear talks by great people in many fields. I was far too shy and intimidated to actually speak to them, but now I had a mission. I wanted to hear the reasons for their success in their own words.

I remember standing there, wondering who to interview, when suddenly the self-doubts set in. I thought, "Why would these great people want to talk to me? I'm not a famous journalist." I was ready to abandon the project before it even began, when I saw Ben Cohen, the famous cofounder of Ben and Jerry's Ice Cream coming towards me. I figured it's now or never, so I jumped out in front of him and said, "Ben, I'm doing this project, and I don't even know what to ask you, but can you tell me what helped you succeed?" He said, "Sure, let's get a coffee and ice cream," and Ben told me his story.

Now when people ask me how I was able to talk face-to-face with over 500 people such as Bill Gates and Martha Stewart, I say, "It's simple. Go to a conference where they're speaking and stand outside the washroom. Then beg a lot." The tough part was pushing through my shyness and walking up to these people. For the first few hundred interviews, I always had butterflies in my stomach, but as the great Helen Keller once said, "It's okay to have butterflies in your stomach. Just get them to fly in formation." (A heartfelt thanks to all the great people who were so kind to me.)

To do the interviews I drew on my ten years of experience working with scientists and researchers in Nortel Networks R&D labs.

There I learned secret interview techniques, like: 1) shut up and listen; 2) stay objective and set aside your own opinions and biases; and 3) quote people accurately. I'm not a fast writer, so I recorded all interviews and had them accurately transcribed.

To find out what successful people in many fields have in common, I covered a wide range of occupations, from A to Z. Under "A" I interviewed accountants, actors, anesthesiologists, animal behaviorists, anthropologists, art directors, astronauts, astrophysicists, athletes, architects, and authors. I often talked to a number of people in each occupation, for example five astronauts and six of the world's leading architects. Also, I made it a point to interview big and small names, from famous CEOs, celebrities, and billionaires, to successful people you've never heard of who were quietly changing the world, winning medals in disabled sports, or being named "Parent of the Year." For a control group, I also interviewed people who had not achieved much success.

In addition to my own interviews, I collected and analyzed thousands of other success stories and interviews from books, the web, radio and TV. All content was accurately transcribed (thank you, Deborah) and entered in a database, which grew to millions of words. The real work was the years spent analyzing all the interviews, word-by-word, line-by-line, and sorting them into all the factors that helped people succeed. If you think it’s tough keeping your emails organized, try sorting and organizing millions of words. Ultimately, my database contained over 300 possible success factors, and under each were all the comments from people saying how that factor helped them succeed. After adding up the number of comments under each, there turned out to be eight factors that more people said helped them succeed than anything else.

1. PASSION: Successful people love what they do.

3. FOCUS: They focus on one thing, not everything.

4. PUSH: They keep pushing themselves.

5. IDEAS: They come up with good ideas.

6. IMPROVE: They keep improving themselves and what they do.

7. SERVE: They serve others something of value.

8. PERSIST: They persist through time, failure, and adversity

Those are the eight traits or characteristics that successful people have in common, and they are the heart of success in any field. But what about the other 300 factors that also help people succeed, such as having a positive attitude, setting goals, having mentors, or taking risks? These are secondary success factors because, although they helped some people, many others achieved great success without them.

The same applies to specific career skills such as technical skills, people skills, communications skills, leadership skills, etc. Each can be important in some occupations, but not in others. For example, people skills can be a huge asset; yet, many successful people at the top of their fields have terrible people skills, including many great CEOs and scientists. But the lack of people skills did not stop them because they had the eight traits as their foundation.

I call these eight traits the “8 To Be Great” because they’re the foundation for success and greatness in any field. 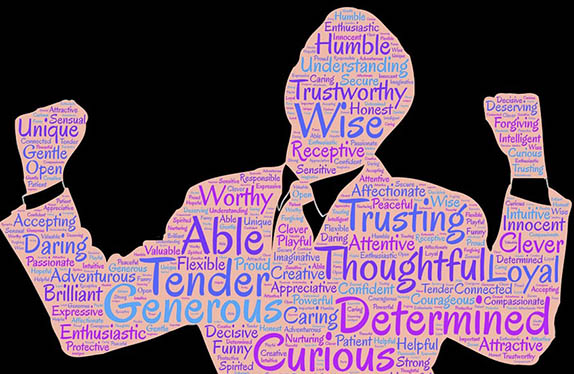