Antoine de Saint-Exupéry was born on June 29, 1900 in Lyon. After a slew of failures (in Naval academy where he failed the final exams twice) and odd jobs, he began his military service in 1921 as a basic-rank soldier with the 2nd Regiment of light cavalry, for which he was sent to Neuhof, near Strasbourg. While there he took private flying lessons and the following year was offered a transfer from the French Army to the French Air Force. Antoine de Saint-Exupéry considered himself a pilot above all else. for twenty years, he flew everything from cartography missions to commercial airlines and flying occupied a significant place in his philosophical essays and fantasy writings. the theme of aviation was often his launching point for more abstract discussions on issues like the search for wisdom and the meaning of life. He began writing the Little Prince during World War II, after Germany’s invasion of France had forced him to give up aviation and flee to New York. in addition to his torturous thoughts of the war in Europe, having to leave his homeland and no longer being able to fly planes affected him deeply. the novel’s nostalgia for childhood indicates both Saint-Exupéry’s homesick desire to return to France and his hope of returning to a time of peace. Antoine de Saint-Exupéry died on July 31, 1944." 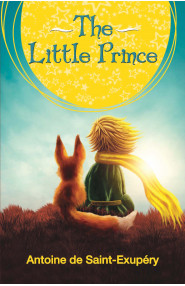